skip to main | skip to sidebar

Lego Hacker hacked this diminutive Republic Walker from the Star Wars universe into a Klingon battlecruiser from Star Trek. 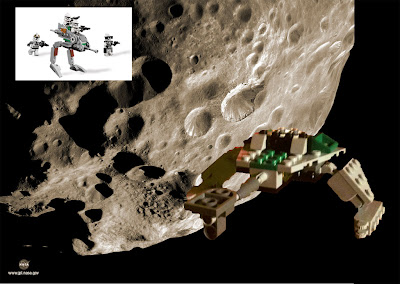 The background image is from NASA.
Posted by Jon Ippolito at 3:47 PM 4 comments:

Star Wars is Star Trek in an alternative universe 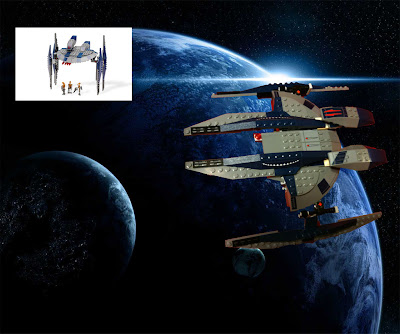 Again, Lego Hacker's sister chose the background (I'm afraid we don't know how to give the artist credit).
Posted by Jon Ippolito at 3:40 PM 2 comments: 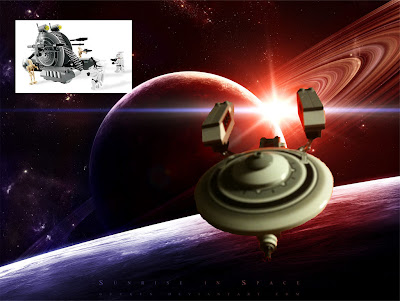 The background image, chosen by Lego Hacker's sister, is by Gucken.
Posted by Jon Ippolito at 3:25 PM 8 comments:

The Lego company sells a standard-scale Naboo fighter from the Phantom Menace movie, shown here (in a slightly modified variant that Lego Hacker thought was more accurate to the movie). 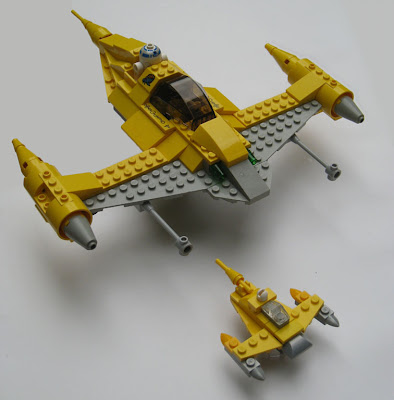 The miniature Naboo fighter pictured next to it illustrates the design problem of trying to capture the essence of a form with the fewest possible bricks.
Posted by Jon Ippolito at 3:39 PM No comments: 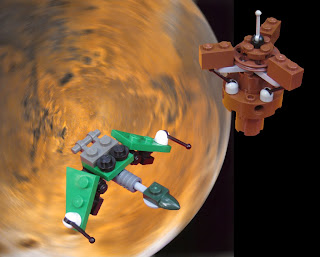 In the Star Trek universe, pretty much anyone who hasn't joined the United Federation of Planets is a bad guy. (Sound familiar?)

Here are Lego Hacker's "micro" versions of some of Star Trek's most notorious bad guys. In one image, a Klingon Bird of Prey circles the Ty'Gokor orbital station. In another, a slew of Jem'Hadar warships emerges from the wormhole outside the starbase known as Deep Space Nine / Terok Nor, while Cardassian Galor and Keldon class starships patrol nearby. 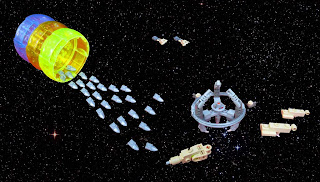 The design constraint of conveying a structure's essence with a minimum number of bricks can inspire inventive ways to re-use Lego pieces. For example, Lego Hacker bent two pieces from the bow of a Viking ballista to make the circular habitat ring of Deep Space Nine.
Posted by Jon Ippolito at 3:05 PM No comments: